Paul Broadhurst was born and raised in England, in a small town south of London. Growing up, he soon began exploring the countryside around his home known as the North and South Downs – a well-nurtured landscape of grassy hills, mixed woodland, and villages, where babbling brooks join rivers meandering to the sea. His exposure to its loved and lived in landscapes fueled his passion for the natural world, his place in it, and a wish to work within it.

Armed with a Bachelor’s Degree in Environmental Science from London University and a Master’s in Landscape Architecture from the University of Washington, he was able to focus on a larger stage: he has projects in the US, the UK, and Australia. Three times the winner of the Design Award of the American Society of Landscape Architects (ASLA), his work has been featured locally, nationally, and internationally on television and in magazines.

As a humanist and environmentalist, Broadhurst aims to forge more profound and meaningful connections with the natural world. He is exploring the edges where human endeavour and nature meet and the possibilities of rewilding. As he says, ‘This is where I find the most valuable and exciting opportunities for design – and I see design as a hopeful, life-affirming, and creative act.’

Broadhurst resides with his partner in Seattle, but can often be found rambling the wilds of Orcas Island in Washington’s Puget Sound.

The animating principle of Seattle-based BROADHURST + ASSOCIATES, founded 2008, is to define the design elements that create character and identity and, with this awareness, bring them together to create a memorable sense of place.

This is evident through the thoughtful exploration of the relationship between organic and inorganic that exists in our work. While ground plane and built elements are confidently expressed, plant life and nature contribute a critical component to the internal dialogue of our designs.

In exploring the margin between the designed and natural world, we find that successful design for us is measured by the degree and depth of peoples’ connection with it. The opportunity to shape this outcome is the thrill of our profession. 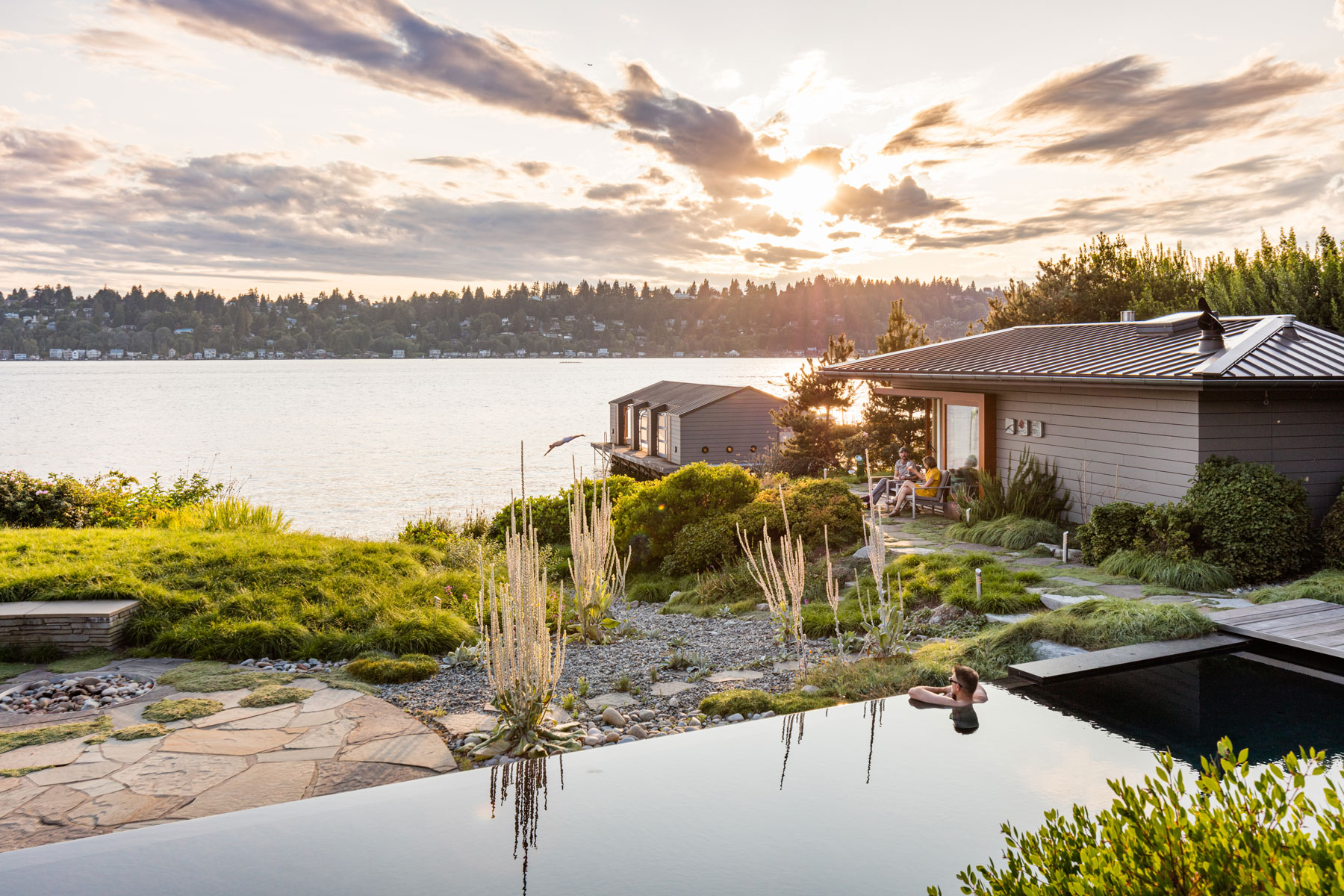 The ancient Greeks spoke of Genus Loci or the Spirit of a Place. It defines the profound qualities which gives the perception of a place its character and identity.

Genus Loci only exists because we perceive it so. What makes a place memorable? What design elements create character and identity?

By understanding the spirit of place, we learn to enhance our environment. As a designer, I most commonly apply this understanding to the connections that can occur between house and landscape, or between any building and nature. For it is at this margin, between the built and the un-built, where one has the best opportunity to shape people’s perception and pleasure in a place.

Their experience can be enhanced as simply as creating seating at just the right place to relax, providing calm, or creating a space that encourages engagement and socializing; or by providing a path with a clearly expressed purpose.

An understanding of Genus Loci has profound implications in creating a sense of place and is the animating principal in my work.

Read about some of our latest work acknowledged by the leading magazines like Landscape Architecture, Garden Design, Seattle Magazine, and more.
View Articles